The mission of the Alabama Mining Association (AMA) is to promote the safe and sustainable mining of the natural resources that strengthen our infrastructure and grow our economy.

Safety and sustainability are the cornerstone of a successful mining operation. Our greatest responsibility is to ensure the health and safety of our workforce and our neighbors in the communities where we operate. We must also make sustainability and the stewardship of our natural resources our priority and our purpose. The objective of AMA is to provide our members with the tools to tackle these challenges now and long into the future.

As the collective voice of Alabama’s mining industry, AMA is the advocate dedicated to ensuring that decision-makers at the local, state, and federal level understand how our industry supports the economy in their districts and improves the quality of life of their constituents. We are also committed to strengthening relationships with our regulators to help us accomplish our shared goals.

Whether you mine important industrial minerals, the stone, sand, and gravel that strengthens our infrastructure, met coal exported to steelmakers around the world, or the thermal coal that powers local industry, AMA is the unwavering partner that keeps you producing.

Leading polling and research firm Cygnal recently surveyed Alabama voters’ opinions regarding coal, quarry mining, climate change and mining industry support. The results were significantly positive and showed the majority of Alabamians believe their mining industries are safe, protective of the environment, and critical to the state’s economy and the Nation’s infrastructure.

Coal is popular in Alabama

When it comes to the Alabama coal mining industry, just over two-thirds of respondents have a favorable opinion (26% very favorable, 19% somewhat favorable, 23% lean favorable when pressed). In fact, voters overwhelmingly believe that the power plant that uses locally-mined coal should add new environmental controls and remain open (79%). Even 62% of liberals and 66% of Democrats agree.

There is not a statistically significant difference between respondents from counties with and without coal when it comes to their view of the industry (coal counties: 69% favorable / counties without coal: 68% favorable). Democrats, liberals, and minorities are the only demographic groups that are not highly favorable toward Alabama’s mining industry.

Things aren’t as clear when we look at quarries. Initially, 38% of respondents feel favorable toward quarries and 22% feel unfavorable. However, 14% have never heard of them and 26% have no opinion. When we explain that a quarry is a place where stone, sand, gravel, or minerals are extracted from the ground, favorability skyrockets to 55% (26% unfavorable, 18% no opinion). The largest increases in favorability are from women, seniors, people in Mobile, African-Americans, college-educated voters, Republicans, and low-income earners. Initially, 39% of respondents from counties with quarries view them favorably. Once given the additional information, 56% of quarry county respondents view them favorably.

Voters are split on the seriousness of climate change

Overall, 47% of respondents think climate change is a serious problem and 49% think it’s not. 26% of Republicans, 47% of Independents, and 86% of Democrats think climate change is serious. Voters have a slightly favorable opinion of both ADEM (+12 favorable) and the EPA (+10 favorable). Additionally, more than half of respondents are satisfied with Alabama’s environmental quality (57% satisfied, 25% dissatisfied).

More than half of respondents are more likely to support a member of the state legislature if that member actively supports Alabama’s mining industry (53% more likely, 17% less likely). This view is particularly strong among voters age 35-64, white voters, Republicans, conservatives, middle-income
earners, and swing voters.

The most impactful messaging statement is that Alabama’s mining companies are required to follow strict laws that protect the environment, followed by the commitment to safety message. The table below outlines the overall impact of each message. Additionally, the “more likely” results from the groups that were less favorable toward the mining industry (Democrats, liberals, African-Americans, and respondents who listed their race as Hispanic, Asian, or other) are included in the third column.

This probabilistic survey was conducted January 13, 2021 – January 16, 2021, with 600 likely voters. It has a margin of error of +/- 4.00%. Interviews were conducted using Interactive Voice Response (IVR) to landline phones, and voters received invitations to participate in the survey via SMS and email with a secure link tied to their voter record. This survey was weighted to a likely voter universe.

Cygnal is an award-winning national public opinion and predictive analytics firm that pioneered multi-mode polling, peer-to-peer text collection, and Political Emotive Analysis. Cygnal was recently named the #1 Republican private pollster by Nate Silver’s FiveThirtyEight , as well as the #1 most accurate polling and research firm in the country for 2018 by The New York Times . Its team members have worked in 47 states and countries on more than 1,500 corporate, public affairs, and political campaigns.

An infrastructure project totaling approximately $2 million is coming to Tuscaloosa County for industrial access road and bridge improvement. The funding will enhance Wallace Ferry and Blackburn Road, which is the main access point for [...]

For more than a century, Walker County’s economy was driven largely by the rich seams of coal that underlie the region. By 1900, the bounty of the famed Warrior Coal Field had transformed an [...]

Mining is a very important part of our state’s economy, and I value the work that the Alabama Mining Association does to support this critical industry. Their expansion to represent all mining operations will benefit the many companies who produce the construction aggregates used to build and improve our state’s important infrastructure and drive economic growth.

The coal mining industry produced an estimated $2.2 billion worth of coal in 2018. The Industry is estimated to be responsible for $348 million in payroll and 2,578 jobs in the state. Similarly, it is our estimate that the industry’s direct suppliers produced $248 million of output, $76 million of wages and salaries and 883 full time employee jobs. 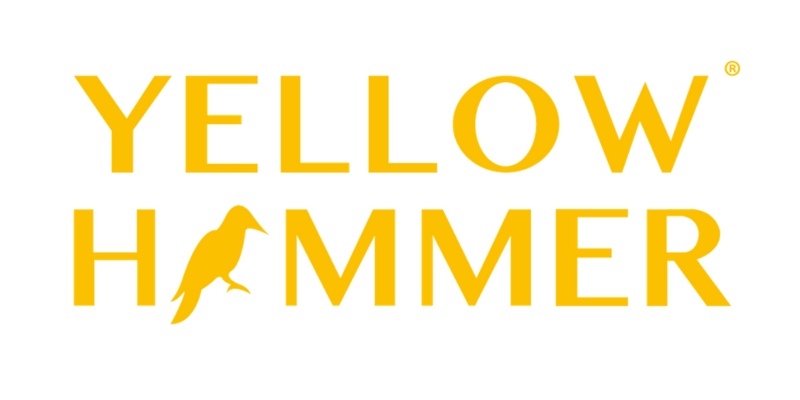 Alabama’s met coal market, already in high global demand, is on the upswing with approximately $1.4 billion in Yellowhammer State mining investments being announced recently. Currently, the state holds about four billion tons of economically recoverable coal reserves, with 80% of those reserves comprised of met coal.

Alabama export coal is vitally important to the port’s and the state’s economy. We’ve invested over $150 million in shoreside infrastructure at our McDuffie Coal Terminal to support our mining industry.

The industry’s impact is irreplaceable — from the thousands of high-paying jobs at underground met coal mines in the Tuscaloosa and Jefferson County area to generating almost half the revenue at Alabama’s Port.