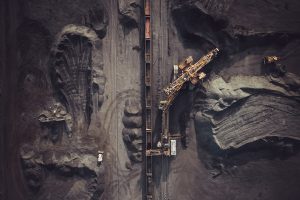 MONTGOMERY– Secretary of Labor Fitzgerald Washington has announced that the Alabama Department of Labor’s Abandoned Mine Land Program (ADOL AML) will take applications for a fifth round of $10 million in grant funding available for Abandoned Mine Land Economic Revitalization (AMLER) projects. Applications will be accepted from January 10, 2022, through April 8, 2022. Applications received after close of business (4:00 p.m. CST) April 8, 2022, will not be considered.

The funds are to be used to accelerate the remediation of AML sites with economic and community development end uses. Proposals should include information about the project’s purpose, AML features, proposed cost, partnerships and/or leveraged funds, and any evidence of community development or improvement. All proposals will be considered by the ADOL AML 2021 AMLER Grant Review Committee before recommended projects are sent to the U.S. Department of the Interior’s Office of Surface Mining, Reclamation, and Enforcement (OSMRE) for vetting and a final selection.

Since 2017, a total of $40 million dollars in grant funding through this program has been made available to the impacted communities of the coal fields of Alabama. This has included projects in Bibb, Jefferson, Shelby, Tuscaloosa, and Walker Counties and include:

These projects are expected to provide thousands of new jobs and generate an economic impact of millions of dollars annually for state and local communities.

According to Secretary Washington, “The AML Reclamation Program has long made a significant impact on protecting the safety of the citizens of Alabama and now, with these ongoing AMLER Program Funds, is providing opportunities to transform abandoned mine lands into sites of lasting economic opportunity for the future. This impact is needed desperately in these communities that formerly centered around the coal mining industry.”

The grant funding is provided by the federal government and administered by ADOL AML. All funding must be approved by the OSMRE.
The economic / community development projects must be located on or adjacent to coal mine sites that ceased operations prior to the signing of the Surface Mine Control and Reclamation Act on August 3, 1977. Proposed sites must contain AML features that endanger the health or safety of the public, degrade the quality of the environment, and prevent or damage the beneficial use of land and water resources because of legacy mining activities. This grant opportunity would allow reclamation of the safety hazards in conjunction with robust economic / community development of sites, thereby assisting these communities with the influx of jobs and opportunities. Lands previously reclaimed by the ADOL AML are also eligible. Counties eligible for projects include Bibb, Blount, Cherokee, Cullman, DeKalb, Etowah, Fayette, Franklin, Jackson, Jefferson, Lamar, Madison, Marion, Marshall, Shelby, St. Clair, Tuscaloosa, Walker, and Winston.

AMLER Program Guidance / requirements from the OSMRE and grant applications from ADOL AML, which contain additional information on the grant funding, can be found on the ADOL website at https://www.labor.alabama.gov/Inspections/Mining/reclamation.aspx.